We use cookies to ensure a smooth browsing experience. By accepting, you agree the use of cookies. Learn More.

Edward Taguba was born and raised on the island of Lana'i, Hawai'i. He moved from there to the island of Oahu to pursue a career in Information Technology.

Looking at his surreal and breathtaking photos can suddenly transport a person to a golden beach, gazing up at the millions of stars visible on a romantic tropical night. His passion for the beautiful ocean and outdoor photography is such a wonderful and almost dreamlike adventure. Ed's love for photography started at a young age; growing up on Lana'i's lush and beautiful island certainly set the stage for his artwork. He mentioned that a cousin gifted his very first camera for a birthday. Ed recalls it was either a "Canon AE-1 or a Canon T50." The lens quickly became the favored method to express Taguba's love for photography art. He absolutely adores taking pictures of people, nature, events, food, fashion, Real Estate, and Landscape. The colors and techniques seen throughout Ed's portfolio show a signature style that instantly says "Taguba."

His Instagram post on @koloheboy regularly features a morning to numerous followers. Nothing starts your day like a cup of coffee, mixed with those heartwarming words of wisdom that usually accompany Edward's artwork. The "Aloha" just percolates through your soul. I have had a few dark days suddenly get considerably brighter after seeing a Hawaiian sunrise that was the day's feature on Ed's site!

With all his success and recognition, it comes as no surprise that Taguba's photography has been used by more than 60 different companies for print and social media.

Ed spends his time roaming around the islands taking photos of sunrises and sunsets. He also shares his passion and talent by teaching photography and enjoys spending time helping mentor beginning photographers.

The gratification through his calling is so evident; Ed proudly mentions each business by name that has used his artwork. His work has been featured in an article in Go Magazine and PPA.

Ed's photography career has spanned more than 25 years; just over 20 of these have been at a professional level.

His background and education include the following;

Edward said his passion and mission is to "Create photographic journey/albums that immortalize the moment and happening of his subjects." Undoubtedly true for my experiences in Hawai'i, Ed's photos online are very welcome reminders! The breathtaking visual scenes are breathtakingly portrayed through his artistic visions!

Ed's keen eye for detail does come naturally. However, he is armed with a diploma from the New York Institute of Photography. He is also a member of the Professional Photographers of America, American Photographic Artists, and NPPA - visual journalists' voice. He is also the brand ambassador for Cokin USA and Lume Cube. Ed's work has been featured in the "Go-Go" magazine online and "Pacific Business" magazine.

During Ed's free time, he enjoys collecting crystals and minerals, arts and crafts and loves shopping online and in stores!

Edward Taguba Photography LLC is the company name but DBA Dream Shot Hawaii. Anyone wanting to own a piece of Hawai'i can order some of Edward Taguba's artwork in metal, acrylic, and paper photographs by contacting Ed. 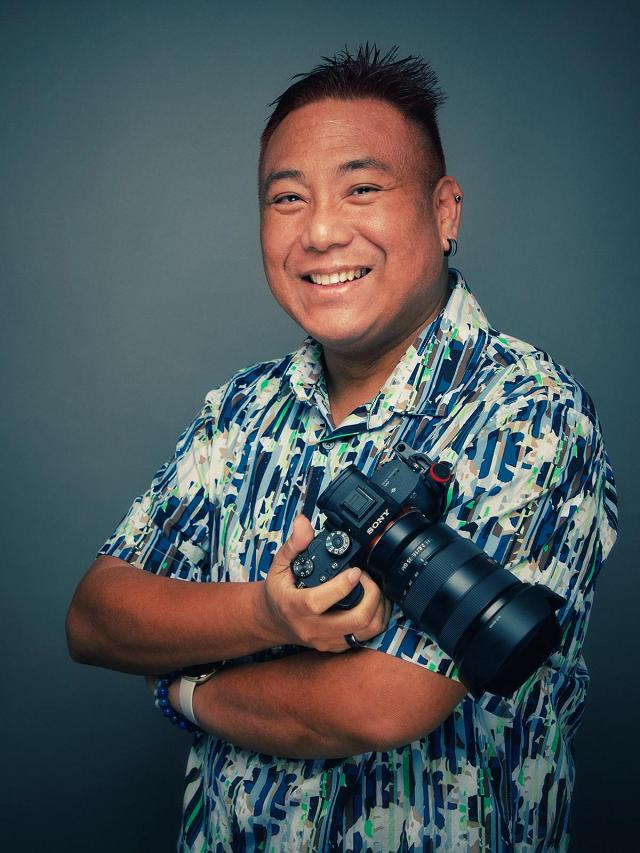 " Ed is an awesome Photographer and he is easy to get along with."